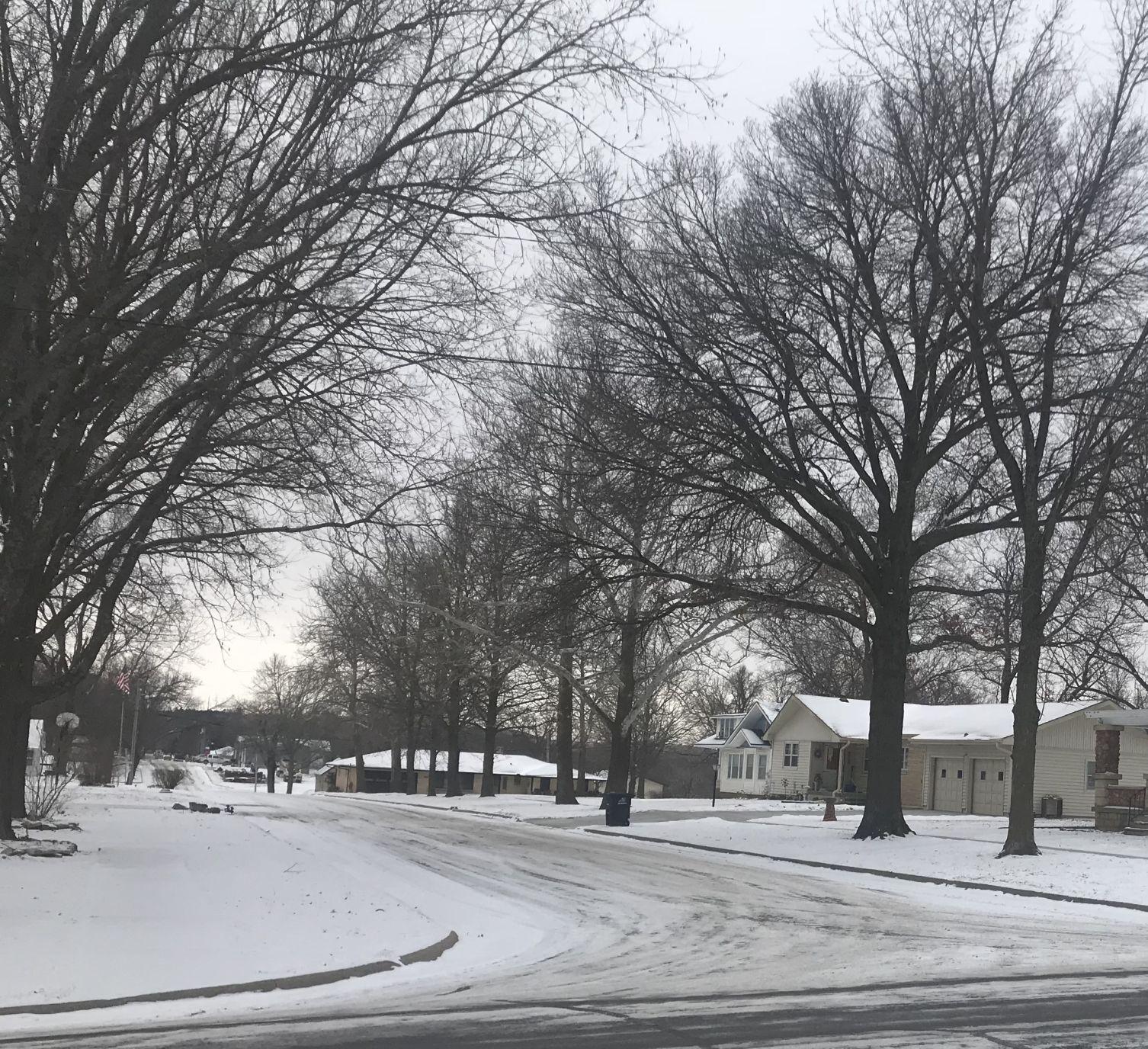 Pottawatomie County is making strides in the attempt to roll out COVID-19 vaccinations. At Monday’s commission meeting, commissioners received an update on the county’s current COVID numbers and vaccinations. As of Friday Feb. 5, the county had 24 active cases with two hospitalizations and 18 deaths. Since the vaccinations started, the county has given around 1,000 doses. Health Department Director Leslie Campbell announced that two clinics were held last week, stating that both went well and residents were appreciative. Weather canceled Monday’s clinic, but vaccinations are still being administered through the health department using the sign-up list from the department’s website. Commission Chair Greg Riat said he received several calls complimenting the health department vaccination clinics. In addition to the health department other county agencies have participated in the vaccination effort, including the Pottawatomie County Sheriff’s Office and Campbell thanked them for directing people from the parking lot into the clinics. “Thank you, Leslie, it sounds like you’re doing a great job,” Commissioner Pat Weixelman said. County Paper The county’s legal newspaper will remain The Times, at least until the end of the year. By state law, taxing entities such as the county must designate an official printed paper to carry “legals”, which are advertisements concerning the entity’s business. They include such things as notices of public hearings, ordinances and resolutions passed, etc. All states have a similar law. The commissioners received bids for publishing legals from two of the county’s three newspapers, The Times and The Onaga Herald. The St. Marys Star did not submit a bid. The Times’ bid was $3.95 per column inch for legals, along with $1.00 for each proof of publication. The Onaga Herald’s bid was $4 per column inch for legals with a free proof of publication. At one time, the county rotated between local newspapers so that each had a turn to be the official paper for legals. “It was a boon for the newspapers,” Onaga Herald publisher Joe Harder said by phone. “It would make sense to me that we would want to pass the newspaper through the county.” Two representatives from The Times, Publisher Ned Seaton and Shannon Fritz, Regional Advertising Director, attended the meeting. The commission questioned why The Smoke Signal, which does have the widest circulation in the county, wasn’t considered. “The rule is, it has to be a paid, distributed in the county, paper,” Seaton, whose company also publishes The Smoke Signal, explained. “The person has to pay the publisher to get it to them. The Smoke Signal is not that way. It’s free.” Commissioner Dee McKee noted the county is unique for having multiple small papers. Riat made two motions to go back to rotating the papers. Both failed for lack of a second. “It’s been this way for four, five years and out of the clear blue sky we’re going to change it?” Weixelman asked, questioning the motion to switch the county’s official publication. He then moved to keep The Times as the county’s official newspaper through the end of the year. Commissioners approved it with a 2-1 vote, with Riat opposed. Communication with Manhattan Commissioner’s heard from Manhattan City Manager Ron Fehr regarding a new facility that the city wants to build in Pottawatomie County. The new maintenance facility is scheduled to be constructed at Levee Drive and Highway 24. The issue was originally brought up at the Jan. 25 meeting when commissioners voiced their frustrations over the lack of communication from the City of Manhattan on the proposed project and the fact that the city wants to annex that area. Fehr said that due to the type of annexation, Manhattan would not have to check with Pottawatomie County before starting the project. McKee asked why Manhattan wants to build on the Pottawatomie County side of the city. Fehr explained that it’s where a lot of the city’s industrial services are located. He added the city would look into putting in turn lanes and possibly a stoplight at that intersection before any building would be constructed. Rezoning Request Commissioners approved a rezoning request from Thad Schneider for a tract of land located south of the Elm Slough Road and Kaw Valley Road intersection. The request will change the zoning on the four acre property from A1 (agricultural) to AR (agricultural/residential) to allow for the construction of an additional building. Prairie Crest Subdivision The final plat for the Prairie Crest Subdivision was approved by commissioners. The plat combines three lots into two more residential building lots. The lots are located between Lakeside Avenue and Lookout Drive. Public Works Update The county’s Public Works Department is looking to purchase several new trucks for 2021. This year, four new trucks and one used one will be purchased. In 2022, there would only be three new ones purchased. Dustin Newman, Public Works Director, presented a couple options for commissioners to review, which included a Dodge 1500 Tradesman costing $27,250 and a Ford F-250 at $28,600. Newman stated that the older vehicles will be handed down to bladesmen, once they reach a certain mileage to be used for driving around and checking on things. The plan is to mile out all the vehicles at which point they will be sold. Weixelman asked Newman to get some three-quarter ton truck prices, but no decision was made on the purchases. Additionally, Newman said that snow removal went really well last Saturday (Feb. 6) and crews started going as soon as the snow started flying rather than waiting until it was finished as per the new snow removal policy changes. Noxious Weed Department The county’s Noxious Weeds Department had a revenue of $466,928.41 for 2020. Noxious Weed Director Tim Eisenbarth said that there was $357,964.44 in revenue in the chemical fund. The department treated 1,100 acres within the county as well as 6.4 acres for the state. 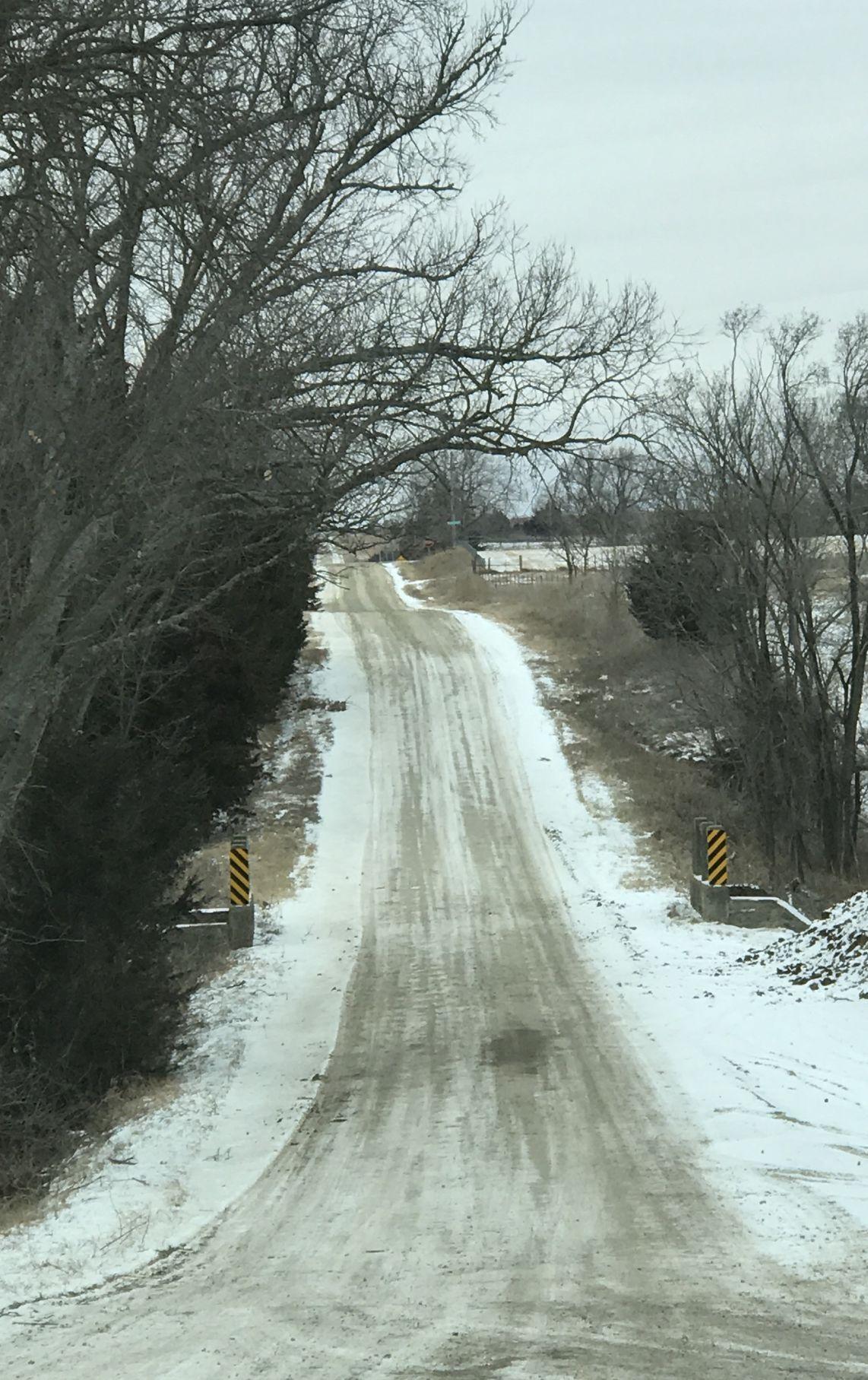 Pottawatomie Recycling Committee (PRC) will award two $500 scholarships to graduating seniors from a Pottawatomie County high school or approved program for home-schooling within the county. The scholarship is a one-time award being sent to the recipients second semester of their freshman year at an accredited post-secondary institution.

PRC is looking for two seniors who value recycling and care of the environment and have demonstrated interest in such. For an application, contact the high school counselor or call 785-889-7104.

The application, which includes an essay on water quality, must be returned to the PRC by March 17, 2021 or sooner. Winners of the scholarship will be announced on April 22, 2021, Earth Day.

In addition to recycling and environmental awareness, the PRC is committed to supporting post-secondary education of the county’s students. Through the recycling of cardboard, newspapers, magazines, and aluminum cans, the PRC is able to continue financing the PRC scholarhships.

Kansas Hardwoods, Belvue, reported a burglary to the Pottawatomie County Sheriff’s Office on Friday, Feb. 5, according to a press release by Sheriff Shane Jager.

Anyone with information on this theft is asked to contact Captain Darrin Stewart, at 785-457-3353, or leave a tip via the crime-stoppers link on the website at www.ptsheriff.com