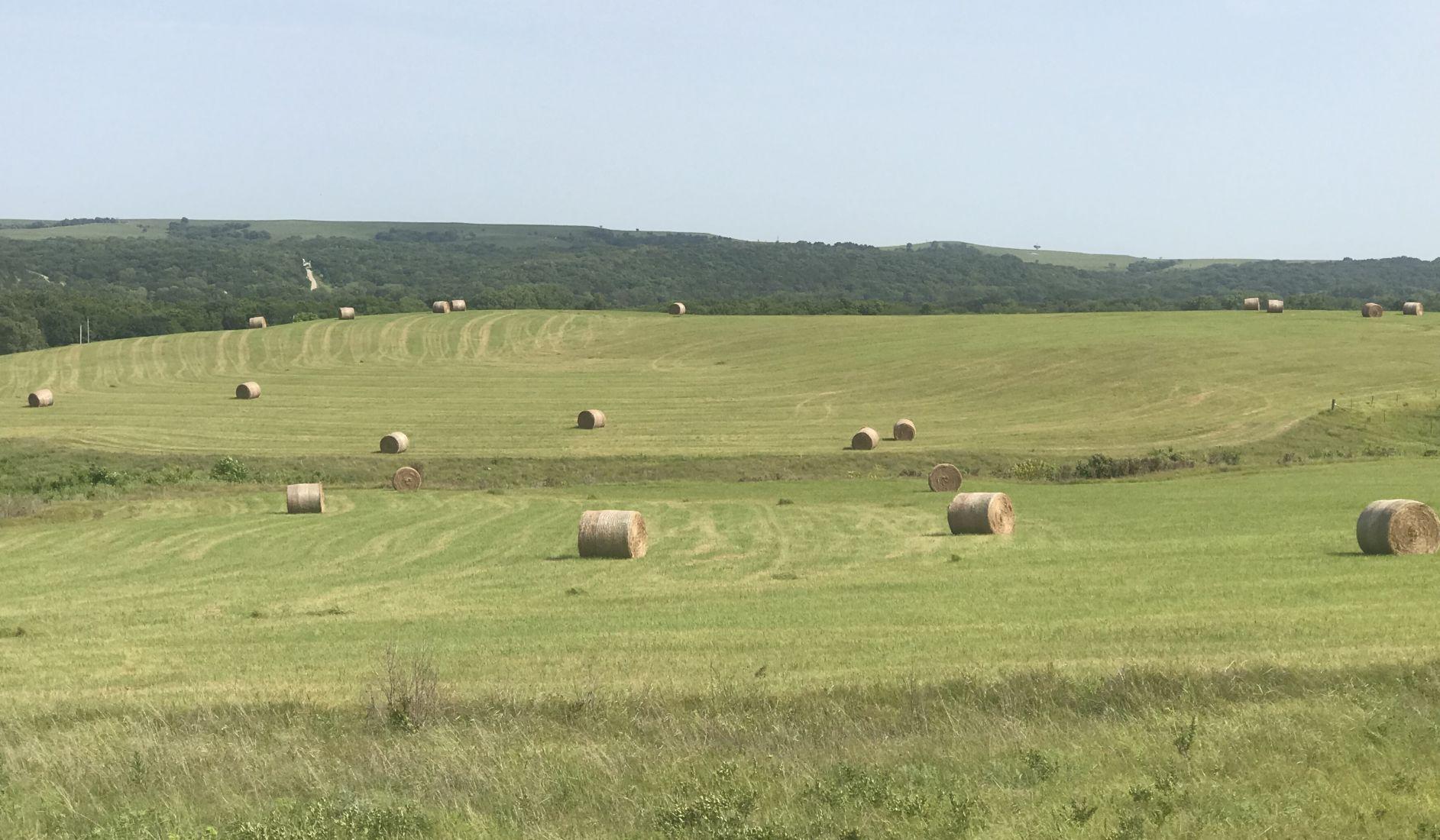 Summertime in the Flint Hills

At Monday’s meeting, County Planner Stephan Metzger told commissioners the county would conduct four week-long projects along Green Valley Road to monitor how traffic would adapt to the influx of pedestrians due to the expansion of Flint Hills Christian School and Oliver Brown Elementary School.

The projects call for adding or modifying existing islands to the centers of the intersections to allow for median crossings.

County Engineer Nathan Bergman explained that in addition to lines being painted on Green Valley Road, walk markers and a plastic speed bump will be used.

According to Metzger, these projects are designed to be a trial run before the county spends money to make the changes permanent.

“See if it works, see if people are using it,” Metzger said. “If they work, if they’re successful, then we can look towards grants and other things to actually build them out.”

Metzger explained that these projects are part of The Flint Hills Metropolitan Planning Organization (MPO) Safe Routes to School Plan.

The projects will take place at the intersections of Eagles Landing Drive, Kenzie Jos Way, Nature Avenue and MJ Drive.

Metzger responded to McKee’s concern, noting that both MPO staff and county staff would be present at the projects to monitor how the traffic and pedestrians will deal with the temporary changes.

McKee remarked that she would like to see the county work with emergency responders to create a map of alternate routes to give to the schools so that they are prepared and inform parents of the temporary plans.

“Just a map with drawings so that there is good understanding,” McKee said, adding that the community has a lot of new residents who might not know what is going on.

Metzger countered, saying he feels that mapping out alternate routes is a separate issue from the demonstration projects.

“We want people to use this otherwise we can’t get the data we’re trying to get,” Metzger said, adding he will be sure to let the two schools know of the project, as well as the Homeowners Associations in the area.

McKee also suggested the possibility of having a crossing guard at those intersections and Commissioner Pat Weixelman asked why installing a crosswalk signal wouldn’t be an option.

Bergman explained that the county has been looking into installing a signal at the Flint Hills Christian School, adding that he had spoken with the City of Manhattan about the maintenance aspect of the signals and gathered some input from them.

Bergman responded, “They aren’t liking them because they’re getting people hit. People push the button and then they just cross the street.”

Metzger added that the projects will also allow the county to see how pedestrians are using the crosswalks.

“It’s a way to observe how they’re operating,” Metzger added.

Commissioners approved moving forward with the temporary projects, which are slated to take place in late September or October and will cost the county $400 for paint, while the MPO will cover $1,500.

Commissioners learned of a conditional use permit that is set to go through the planning commission.

The permit is for a 350 acre tract of land located on Wheat Road and White Eagle Road.

The county approved a rezoning request for a one-acre property located at the corner of Ashley Road and Kaw Valley Road.

The request will rezone the property from CN (Commercial Neighborhood) to R1 (single-family residential).

The county will hold its revenue neutral rate and budget hearing for the 2022 fiscal year on Aug. 23.

The Public Works Department was given the “go ahead” to purchase a new forklift for $57,500 as well as submit a bid for a new motor grader.

With the addition of the new equipment, the department will sell two 2006 motor graders and its crane.

The Pottawatomie County Dispatch Center will be taking over all 911 calls from the City of Wamego.

Wamego City Manager Stacie Eichem informed commissioners that the county has been covering the city’s overnight calls since May, adding that all calls made via a cell phone have always gone directly to the county.

Currently, any emergency calls that are made on a land line during normal business hours are directly routed to the Wamego Dispatch Center but are redirected to the county during overnight hours.

While the date for a complete transfer of services hasn’t been set yet, Weixelman stated that he would like to see one set sooner rather than later.

Two Sunset-Viewings of NuPenny’s Last Stand Set for this Summer July 31 and August 14, 2021

The Volland Store is hosting sunset-viewings of Randy Regier’s NuPenny’s Last Stand on July 31 and August 14. The installation can be viewed at any time from now through September 5, but the artist states the work is ideally viewed at night.

The installation, the most recent in more than a decade of sightings, is the work of Kansas City-based Randy Regier. The artist built NuPenny’s Last Stand, plus its offerings, by hand, informed by his time as an autobody repairman. No two sightings of NuPenny are alike. The work first landed in Waterville, Maine in 2010. In the following years, the stand appeared at various locations in Kansas, made a stop in Riverside, Illinois, and surfaced in a Bentonville, Arkansas alleyway as part of State of The Art: Discovering American Art Now at Crystal Bridges Museum of American Art.

NuPenny’s transient nature generates larger interest with each move. At Volland, it invites dialogue with its context. One cannot help but wonder how Otto Kratzer, who built the Volland Store in 1913 and was known for his interest in new technologies, would respond to the work.

NuPenny is especially memorable when viewed alongside the sunset, as the stand’s lights contrast that of the sky’s.

Attendees should expect to arrive at 7:30 p.m. to place their chairs on the south lawn. It is advised attendees bring bug-spray to avoid mosquitos and chiggers. Beer, wine, and a light dessert will be provided with a suggested donation. Bathrooms will be available inside the Volland Store.

The 72nd annual Sylvester Rudolph family reunion will be held Sunday, July 25 at the Wamego United Methodist Church. There will be a potluck dinner at 12:45 p.m. with a business meeting to follow. Hope to see you there!

There was an error listed in the Pottawatomie County Fair Book under the FCE Pie Contest. There will be no contest this year. There will still be an auction of six pies prior to the Livestock Sale which will be made by FCE members for their FCE Scholarship opportunity, but there will not be an open pie contest like has been done in years past. Please spread the word!

The Laclede Baptist Church, located at 11920 Onaga Rd., rural Wamego, was the victim of a burglary/theft, according to Pottawatomie County Sheriff Shane Jager.