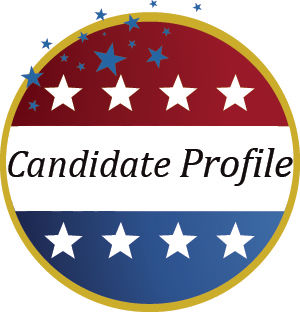 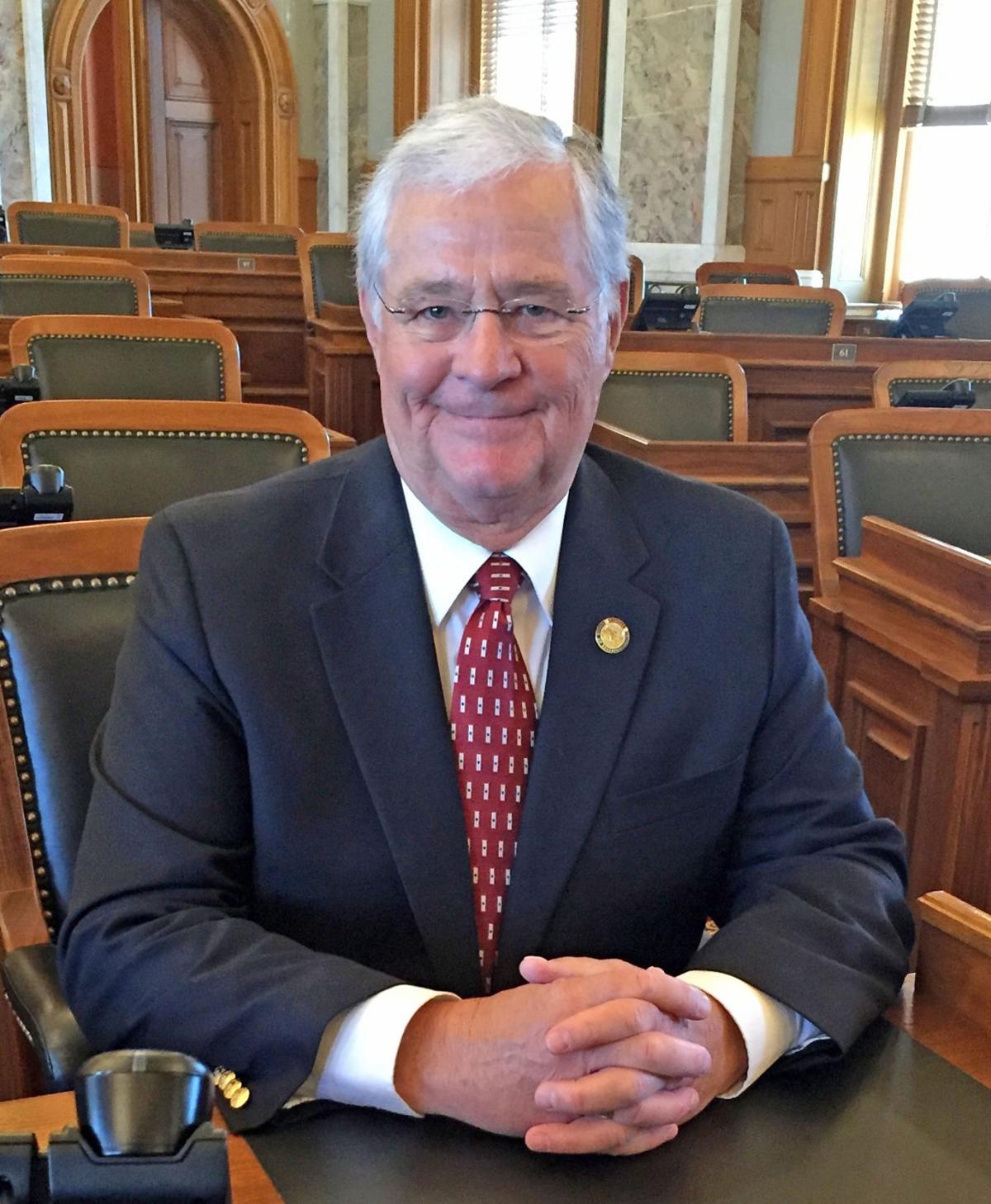 Editor's Note: This is the first of four in the primary election candidate profile series. It highlights the candidates for Kansas House of Representatives Ron Highland (I) and his challenger Gary Schuetz.

The candidates were asked about (#1) their reasons for filing, (#2) measures the state should take to recover from COVID-19, and (#3) how to foster bipartisanship. A fourth question, the candidate “soapbox” is online only.

1. Reasons others encouraged me to run for reelection are the current health and financial crisis in our state, finishing up on important legislation begun the last two sessions, and helping with redistricting. After in-depth conversations with my wife, Linda, and constituents, I decided to file to represent the good people of the 51st District.

An example of work that needs my future attention is the Industrial Hemp bill that passed in 2019. I am working with USDA and the Kansas Department of Agriculture to have the final regulations aligned. As Chair of the Agriculture Committee, it was a difficult task to coordinate with many state agencies to get the bill written to satisfy all of the agencies as well as USDA, and then get it through my committee and ultimately pass the House and Senate.

Water issues for Kansas are another huge concern. I have spent considerable time attending conferences and researching on my own, looking to the years ahead in preparation for legislation that will be needed.

2. The medical community is commended for all their tireless efforts. You all are suffering and adjusting your lives due to the Covid-19 pandemic and the state also needs to make necessary adjustments:

a. Regulations need to be reduced or suspended to allow businesses to restart quickly.

b. Money from the increases in Kansas income taxes in 2018 was spent quickly due to the pandemic. Increasing taxes at a time when our state is in a financial crisis and businesses and families are hurting is unthinkable. This necessitates the Governor cutting government agency’s budgets that were furloughed and evaluate for permanent reductions.

c. We must forget temptations to begin any new costly government or economic development expansions.

3. I treat all legislators with respect and expect to work together to serve you. An example of my bipartisanship efforts includes the Hwy-99 improvement project. While serving on Transportation Committee over a two-year period I helped arrange for Wamego leaders to present before joint House and Senate Transportation Committee meetings. With persistence while working with all decision makers the project became a reality.

Last summer I worked with a team of other legislators, appraisers, and property owners from around the state to bring forth the Taxpayer Protection Act to give property tax relief.

Out of concern for cattle market pricing, I wrote to Agriculture Secretary Sonny Purdue, with 35 legislators adding their signatures.

4. Personal Accomplishments in the Legislature

Persisted in advocating for the K-99 improvement project that was approved.

Led efforts for passage of legislation for Industrial Hemp production in Kansas. This was the first such legislation in the nation to coordinate regulations with Kansas Department of Agriculture and USDA.

As committee chair, I was the first to make all documents available to the public electronically before committee hearings, bringing complete transparency and many very positive comments from the public.

Established with Kansas Board of Education adoption of plans for financial literacy training in every HS in Kansas.

Initiated and championed bill to include a cap on costs of any new rules and regulations of $3 Million.  If the costs are greater than that, they must be reconsidered.

Intercede for constituents with problems they are having with state agencies, and though I rarely get involved with federal issues, I have in the case of FEMA, the VA, and USDA.

Returned Kansas Veterinary Board back to Wamego.

Introduced bill for Alma to purchase the entire lake for their water source.

Voted pro-life and pro-2d amendment throughout my time in the legislature.

Legislation lost to Covid pandemic early closure of the legislature that will be reintroduced in 2021:

Property tax bill for landowners to level out LNI calculations.

The 2020 Session of the Kansas Legislature was shortened by the pandemic. We left Topeka before our work was finished that has resulted in several bills not making it all the way through the process. Because Sine Die (last day) occurred officially on May 21, all bills not worked are now deleted from the system. From this point forward, we start from scratch. Any new ideas for bills will have to be written into bill form and be entered into the system for consideration for the 2021 session.

Sine Die on May 21 was one of our most difficult days in the legislature. The body voted to suspend the midnight rule and continue with debate and voting on legislation. The session finally ended after 24 hours. We were all very tired and not too pleased with the process by the time it ended. We passed nine bills that were presented to the Governor for signature. She vetoed four of the nine bills and promptly called a special session. We returned to Topeka for the special session on June 3 and closed the session on June 4. A listing and review of each bill is as follows:

Sen. Sub. for HB 2018: amends the Kansas Video Competition Act, prohibiting municipalities from imposing additional requirements for deployment of micro wireless facilities in the public rights-of-way. Allows municipalities to require compliance with certain standards. The House concurred with Senate amendments by a vote of 104-9.

Sen. Sub. for HB 2034: amends law related to court orders for restitution by criminal defendants. The House concurred with Senate amendments by a vote of 114-3.

Sen. Sub. for HB 2054: creates and amends law and makes appropriations regarding the governmental response to the coronavirus pandemic. The House adopted the conference committee report by a vote of 76-34.

Sen. Sub. for HB 2137: continued the exceptions to the Kansas Open Records Act that were set to expire. The bill also eliminates the Scrap Metal Theft Reduction Act photograph requirement. The House concurred with Senate amendments by a vote of 121-0.

HB 2246: amends and creates law regarding state agencies. The report contained provisions specific to the Kansas Insurance Department, Kansas Department of Health and Environment (the Healthcare Access Improvement Program); the University of Kansas Medical Center (Cancer Center); and Wichita State University. The House adopted the conference committee report by a vote of 112-2.

Sen. Sub. for HB 2585: exempts certain public utilities from Kansas income taxation and allows the Kansas Corporation Commission to approve certain contract and reduced electric rates and associated cost recovery from all rate classes. The House concurred with Senate amendments by a vote of 75-25.

Sen. Sub. for HB 2619: enacts the Kansas economic recovery loan deposit program. The bill also amends law related to the field of membership requirements for state-chartered credit unions. The bill also permits a deduction from net income for financial institutions subject to the Kansas financial institutions privilege tax. The House concurred with Senate amendments by a vote of 114-3.

Sine Die ended the session for the legislature. We could not come back to vote to override her veto of any of the bills. The Governor called us back for a special session and essentially ordered us to come up with a more favorable plan for managing her emergency powers. Leadership decided to limit the special session to consideration of the contents of HB 2054. A new bill was crafted with much of the language copied into a new bill, HB 2016. Members of leadership and the Governor with her advisors met and came up with compromise language that eventually came before both chambers for debate and final vote. It passed both chambers and was sent to the Governor for signature. HB 2016 has been signed into law.

I voted no on the final bill, HB 2016. My reasons for voting no, include: 1. Only a few were involved in the decision process. This is contrary to the normal procedure bills are developed and the appearance of yielding to the Governor’s wishes makes the legislature look fatuous. 2. The emergency powers was extended to Sept. 15. Granted there is some oversight of those powers and of the spending of federal monies, but it implies trust the Governor will not go around the legislature again. 3. Required inspections for nursing homes, assisted living facilities, and similar facilities was changed from within 30 days to 90 days. 4. The relaxation of the laws covering health professionals until Dec. 31 concerned the Board of Healing Arts and caused me concern as well.

Session is now over, but I think we may be called back in for another special session later in the year to deal with the approaching financial disaster. This is an election year for everyone in the state legislature, U.S. Congressional seats, and a U.S. Senate seat. Every vote will be critical this year. The deadline for registering for the primary election is July 15. See the county election officer or county clerk for information. Remember, those who you elect in the primary elections will most likely represent you following the general election, making the primary a very important election.

Sorry, there are no recent results for popular images.